Recently, the Tampa Book Arts Studio received a generous donation of nearly fifty small letterpress cuts. Initially these were something of a mystery to us, due to a puzzling arrangement of letters in the logotype found in the corner of each (see above). Through research we were able to identify the lettering as “HUX” and the blocks as having been produced by the Huckins-Smith Studios, an early 20th century decorative illustration studio out of New York City providing “inspirational suggestions for advertisers—an endless variety of ideas for every illustrative need.”

Marketing their images as “Hux Cuts,” the company was widely known for producing relief blocks for cachetmakers— the proper name for those who create First Day Covers (decorated envelopes for the debut of a stamp, designed to include the stamp and first-day postmark of the city where it it is first issued). The blocks were used for FDCs mainly in the late 1920s and early 30s, but continued to be in occasional use until the 50s.

The cuts now in our collection are each approximately three inches square—Hux’s “Large” size—and were originally sold for $3.00 apiece. 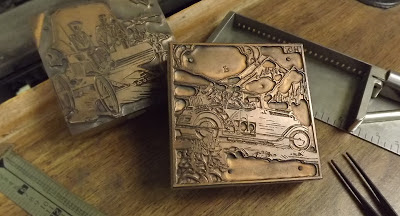 After properly identifying their manufacture, with the help of our special collections chief, J.B. Dobkin, we were able to acquire a 47-page Hux Cuts specimen book and have identified and found serial numbers for our blocks. 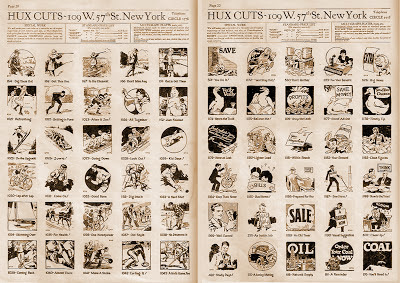 
With our new blocks, we've printed a small portfolio of proofs as a catalog for our Special Collections: 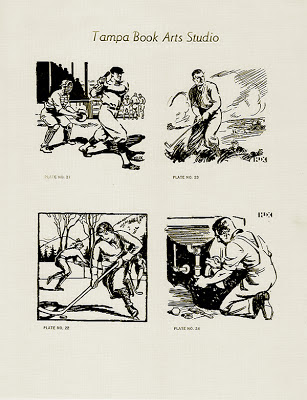 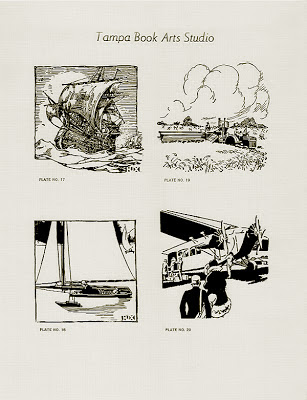 Some of the blocks are two-color, as shown by these Christmas-themed illustrations: 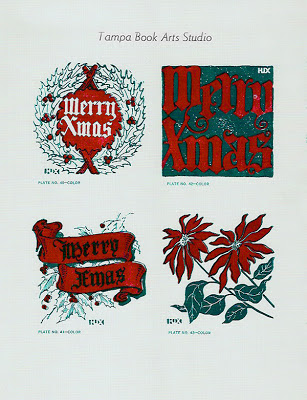 Thanks to our anonymous donor and to J. B. Dobkin
for these great new additions to our collections